Los Angeles Businesses Can Experience Water Loss at Any Time 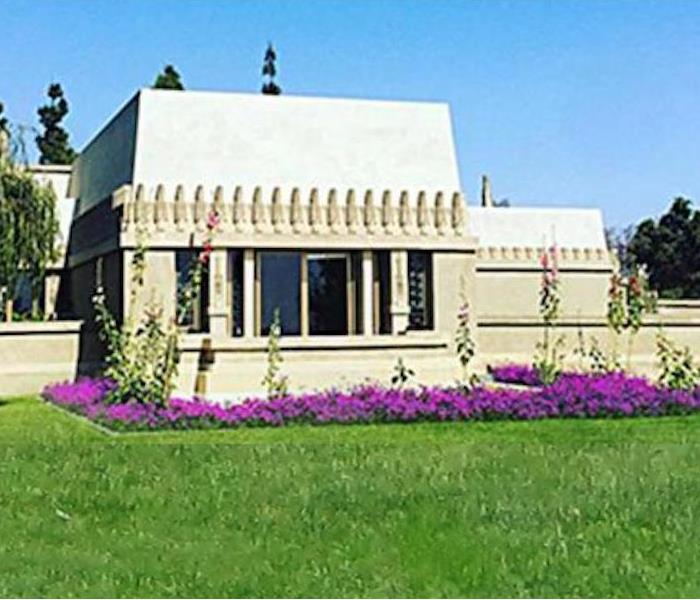 Take in some of the history of Los Angeles as SERVPRO takes care of your water mitigation needs. Call us today at (323) 255-1001 for assistance.

Where Can I Find Water Mitigation Near Me? – It’s a Question Commercial Facilities Ask Often

The City of Angels began in 1542 when Juan Rodríguez Cabrillo claimed the area for Spain. Thus, began a long Spanish influence, which can still be seen today. On September 4, 1781, Los Angeles was officially established. It remained under Spanish rule until 1821 when it became part of Mexico following the Mexican War of Independence. In 1848 it became part of the United States, with the rest of California. Los Angeles has a rich and colorful history. Some of the highlights include:

It is a huge sprawling city that invites both residents and visitors to explore all the many things there are to see and do.

Must-See & Do in Los Angeles

Like many cities, local folk often do not spend time on local attractions. Which is a shame because L.A. abounds with wonderful sights and sounds. Some of the places no one should miss include:

On January 17, 1994, residents of the San Fernando Valley woke early morning to a 6.7 magnitude earthquake. While the quake lasted less than thirty seconds, the results were devastating. Its peak ground acceleration was the highest ever recorded on instruments in a city in North America. The peak ground velocity was the fastest ever recorded. Disaster can strike at any time and hit hard enough and fast enough; there is little time to react.

After the main earthquake, thousands of aftershocks were felt. 57 people died in the quake, and over 8,700 injuries were recorded. The property damage was estimated anywhere from $13 billion to $50 billion. The damage spread up to 85 miles from the epicenter. It would go down in history as one of the most expensive national disasters in our history.

Many homes were lost or had structural damage bad enough to prevent families from living in them. Commercial buildings were also destroyed or damaged. Some were able to remain closed for days after the earthquake, but others were not so lucky. It took months, and in some situations, years to rebuild the infrastructures.

Commuting to Los Angeles for work was lengthened due to the damage to highways and roads. Many businesses were forced to relocate while their buildings were being repaired, and workers took up temporary shelter near places of work. Today companies like SERVPRO play a significant role in building restoration when disaster strikes.

When Floodwaters Come Raging Through

90% of all flooding comes from natural disasters, and it was no different during the Northridge Earthquake. The flooding began at 4:30 AM, as did fires. By 6:50 AM, reports of hundreds of water mains and gas mains roll in. Balboa Boulevard in the Granada Hills region of Los Angeles was flooded as water came pouring out of a burst water main. Gas leaks and sparking electrical wires caused many businesses and homes to go up in flames. These were flooded with water from firefighting efforts. The damage to businesses from flooding includes:

Los Angeles has been home to several major national disasters since the early 1990s. For several months California has been fighting wildfires that have put businesses and homes at risk. But the city perseveres, rebuilds, and moves on.

As L.A. residents, SERVPRO team members understand the hardship that can come when a disaster is thrown in your path. You need your business up and running. Our hearts go out to anyone impacted by flooding or fire. That’s why we are here to help.

SERVPRO of Highland Park has been helping businesses get back on the feet after a disaster for years. Our Emergency READY Program (ERP) enables companies to be prepared before disaster strikes. ERP benefits include:

Burst water mains were one of the main problems during the earthquake. This brought about the need for water mitigation.

Typically those looking for “water mitigation near me” have smaller problems such as a burst pipe in the kitchen or a dishwater overflow. We handle any type of water damage situation. Our technicians are trained for small problems as well as the more serious ones. Contact us at (323) 255-1001 for all your water restoration needs.