Seeking Solutions for Water Damage at Your Los Angeles Property? 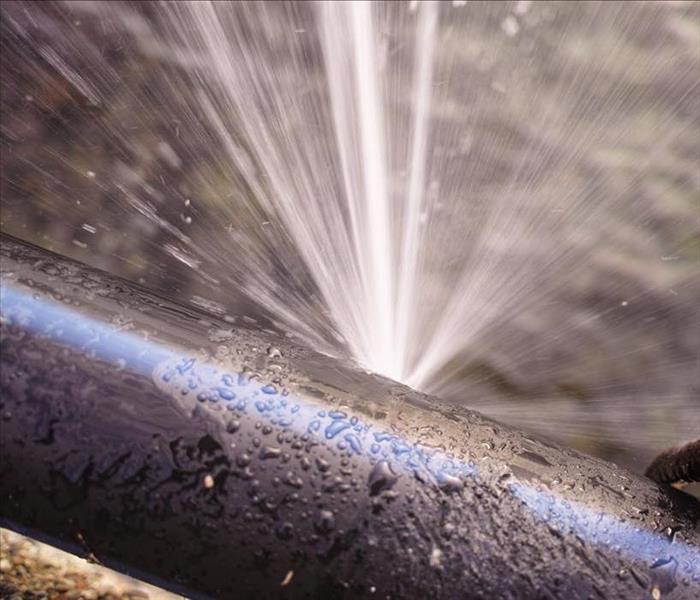 Water damage done by a pipe burst can be troublesome. SERVPRO has the manpower and equipment for any size water damage restoration service needed.

Most people know Los Angeles for its contributions to the entertainment world. However, there are many sides to the city. For instance, many people from other areas would not associate the city with oil production, yet in the early 1920s, it was producing a quarter of the world's oil supply. Oil was discovered in 1892 near where the Dodger Stadium stands currently. Even today, there is still limited oil production within the city. For instance, an oil derrick at Beverly Hills high school still produces over 400 barrels of oil per day.

The Growth of the Entertainment Industry

Entertainment, and especially the film industry, plays a key role in the economy of the city. However, Los Angeles has one of the most dynamic economies powered by different industries, including manufacturing, advanced transportation, and hospitality.

Although today Hollywood is synonymous with the film industry, the shift from the east to the west only happened because filmmakers were trying to avoid Thomas Edison, who held a majority of the country's film patents. Edison lived in New Jersey at the time, so the physical distance from Los Angeles offered sufficient protection. Various museums in Los Angeles help provide insights into the various changes in the film industry over the years.

It is located in the first Stern Family Barn, the first silent movie production studio in Hollywood, run by Jesse L. Lasky and Cecile B. DeMille. It offers a wide range of artifacts, including the photo history of old Hollywood.

It is located in the heart of Hollywood and features a significant collection of movie props, costumes, set decorations, and other memorabilia. It features famous artists' exhibits, including Marilyn Monroe, Michael Jackson, Elizabeth Taylor, and others.

It features the history of recorded music and the different technologies used in recording at different times.

Although California is famous for its extended droughts, it does experience torrential rainfall. For example, Los Angeles has a long history of torrential downpours. Back in 1926, a rain gauge placed in the San Gabriel Mountains measured over an inch of rain in just a minute. Even in recent times, bouts of rainfall are recorded from time to time. For instance, on April 6, 2020, a slow-moving storm unleashed heavy rainfall in southern California, breaking a rainfall record in downtown Los Angeles that stood for 62 years. Such rainfall not only floods roads but might also cause damages inside buildings.

What Type of Assistance is necessary when dealing with water damage in Los Angeles?

After the water reaches the interior of your home, it can cause a wide range of problems, including staining fabrics; materials such as drywall become soggy, while wood might swell or warp. Water damage from ingression of moisture after heavy rainfall might be similar to what develops in other situations such as:

SERVPRO helps address various issues, including water extraction, cleaning, drying wet materials, and deodorization, to combat various damages. For instance, we have powerful water extractors that can remove several gallons of standing water within a short while, minimizing the chances of extreme material deterioration.

SERVPRO of Highland Park is always eager to assist homeowners affected by water damage incidents. Call us at (323) 255-1001.